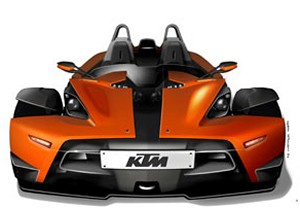 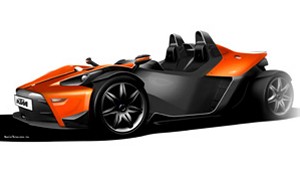 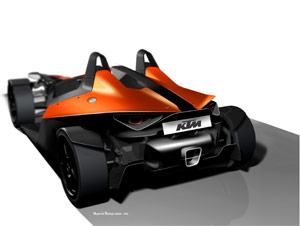 The first KTM car is not very distant from a motorcycle, but has four wheels and two seats. We have seen the Volkswagen GX3, Carver One or the BMW Clever, which follow a three-wheeler concept.